Do you remember when General Electric was the largest company in the world? It really wasn’t terribly long ago. The industrial giant wrested the market-cap crown away from software titan Microsoft when the dot-com bubble popped.

GE held on to the title with an iron fist for nearly two years: 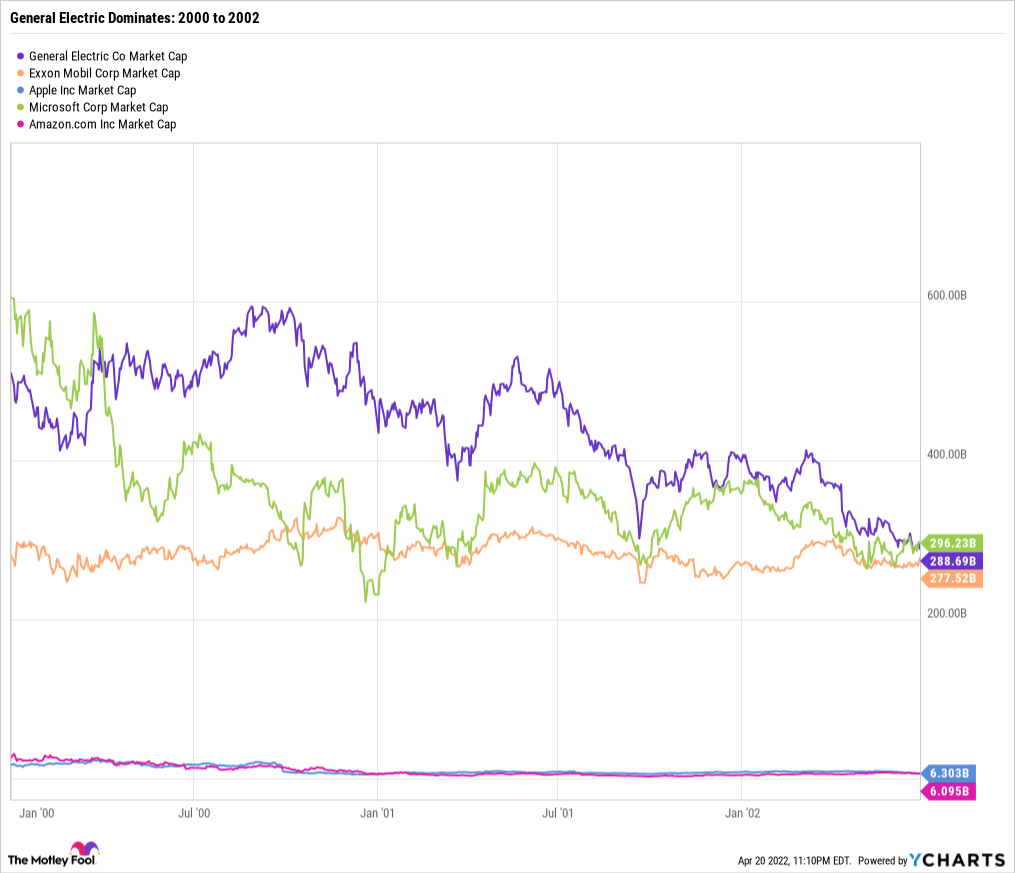 By the summer of 2002, Microsoft had recuperated while oil producer ExxonMobil rose through the ranks. The top spot shifted between these three companies over the next four years, and then Exxon controlled the crown between 2006 and 2011: 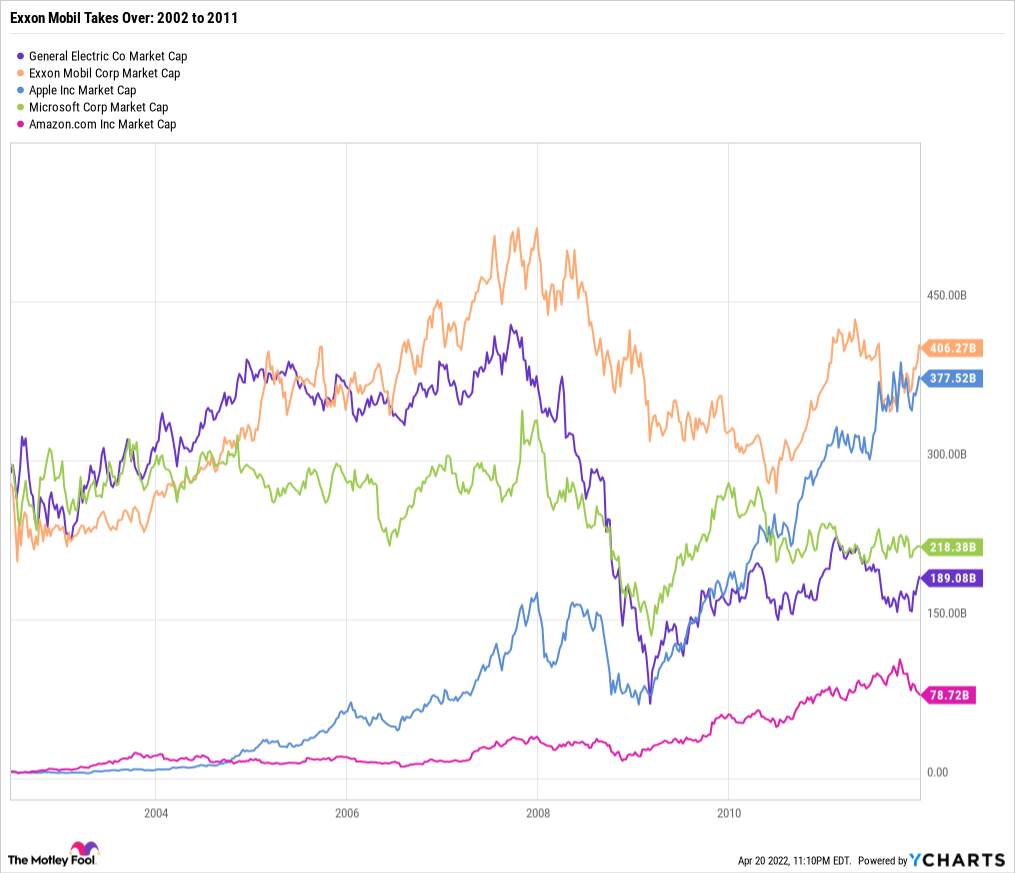 At this point, Apple had turned its iPhone and iPad product lines into a world-class cash machine. Apart from a brief skirmish with Exxon in 2013, Cupertino monopolized the market cap throne for seven years: 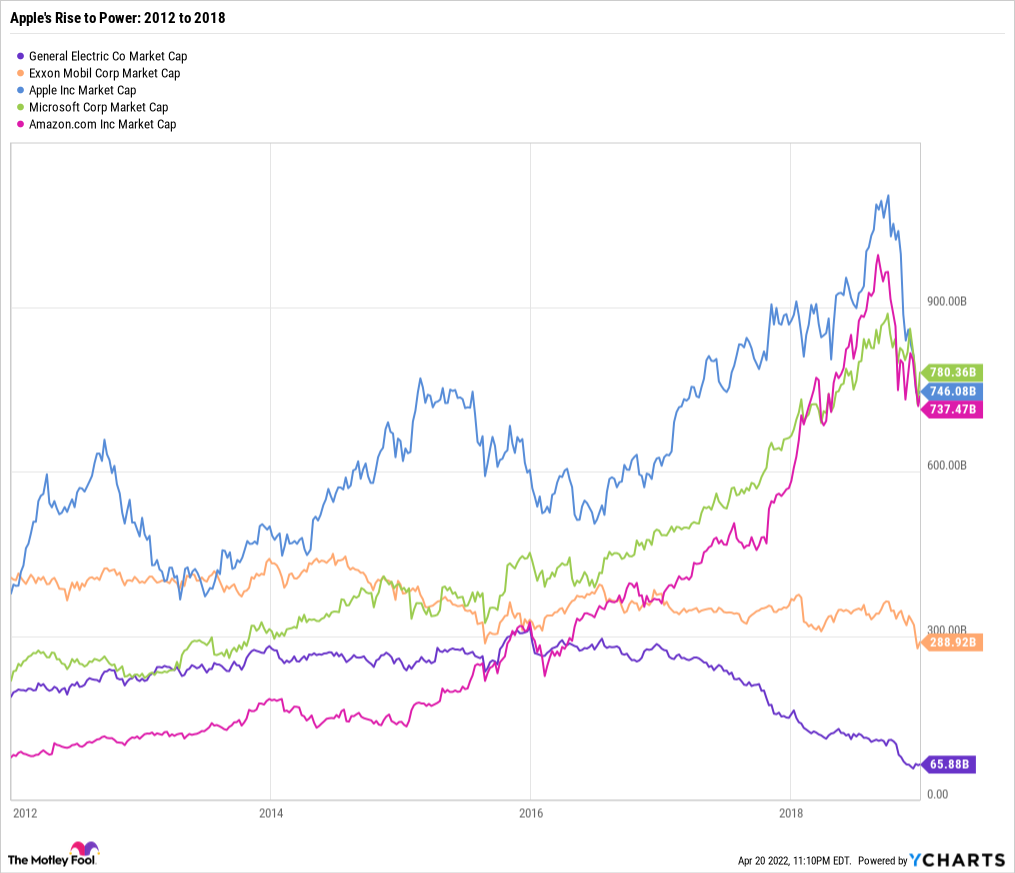 And now we’re in the modern era. Apple is still the monarch of the market cap, but the title always seems to be within reach of Microsoft and e-commerce veteran Amazon. Online services expert and Google parent Alphabet has also joined the fray every now and then, but never quite managed to reach the top spot: 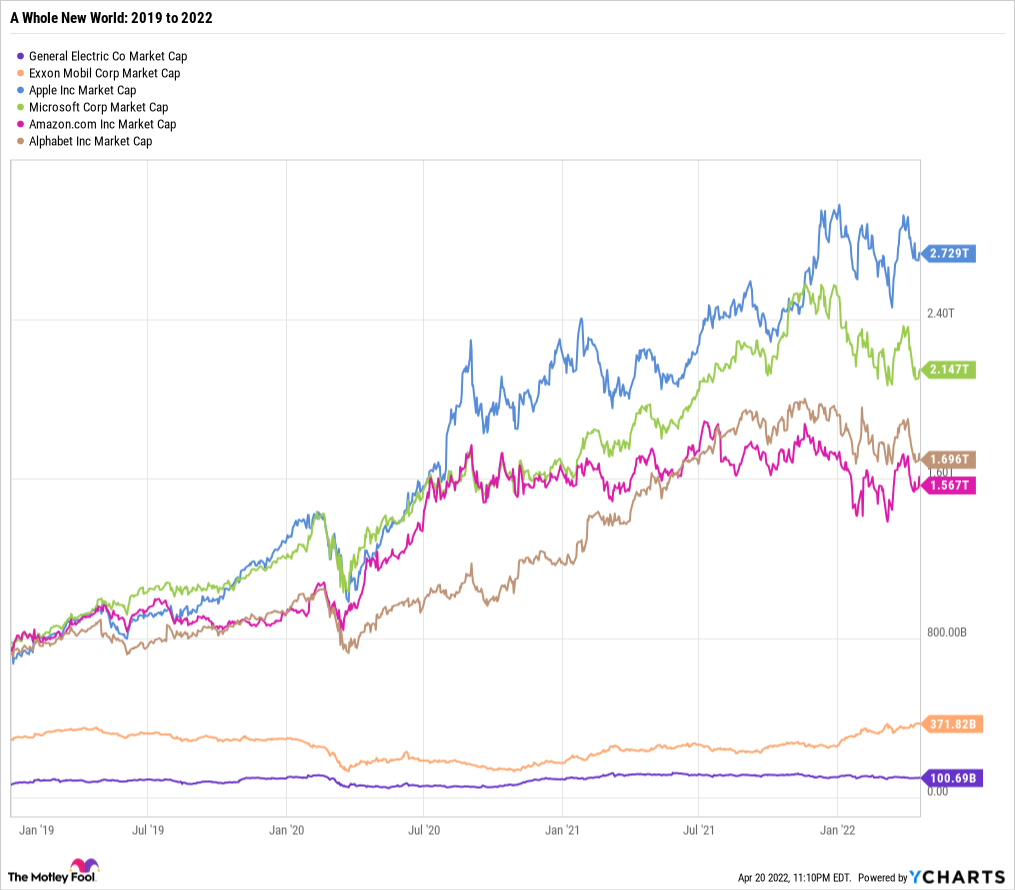 What have we learned from these charts?

In two decades and change, we’ve seen the business world shift away from oil producers and industrial-engineering companies while software, online services, and consumer electronics soared higher and higher. Amazon and Apple were mere minnows at the start of this adventure, with respective market caps of $27 billion and $17 billion at the turn of the millennium.

Over the same period, the early leaders have fallen out of sight. These days, General Electric and ExxonMobil are so far behind that they don’t even belong in this conversation anymore. (The bigger they are, the harder they fall.)

Come back in another couple of decades, and the list of the market’s largest market caps will probably look very different once more. Not even Apple and Microsoft are immune to market shifts and new challengers in the long run. The biggest winners in this millennium weren’t the largest blue-chip companies at the start of the race, but the smaller and hungrier upstarts that were still piecing together their long-term business plans: 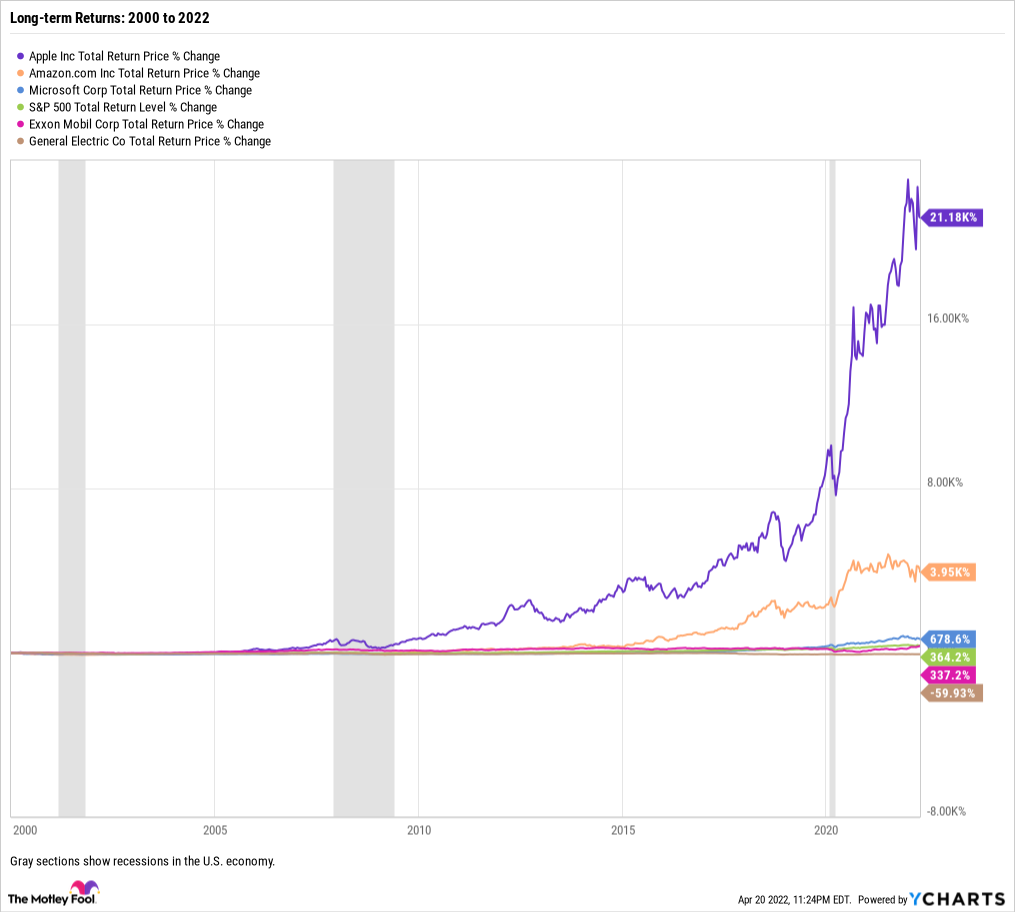 Chances are, tomorrow’s titans of industry are nursing market caps of only $10 billion or $20 billion today, spring-loaded to deliver Apple-style shareholder returns for the long haul. Finding these future winners before they go ballistic is both an art and a science.

The post The world’s most valuable companies from 2000 to 2022 appeared first on The Motley Fool Australia.

from The Motley Fool Australia https://ift.tt/PjtfULq